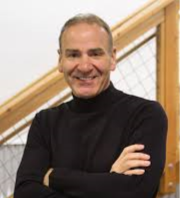 Paul Akers is founder and president of FastCap LLC, based in Ferndale, WA. FastCap is an international product development company founded in 1997 with over 2000 distributors worldwide. Born and raised in Southern California, Akers was drawn towards excellence and high standards from an early age. At the age of 15, he built his own guitar and earned the attention of guitar designer Bob Taylor, who mentored and eventually put him to work for Taylor Guitars. As a true American innovator, Taylor made a lasting impression on Akers, where he was part of building over 2000 world class musical instruments.

Akers catapulted into the business world when his knack for problem solving led to an invention and eventually to his own manufacturing business that started in his garage. Through a series of twists and turns, he discovered lean and the Toyota Production System (TPS) which helped to launch his business from the garage into the successful international product development company known as FastCap. Using Lean, his company has prospered and expanded even in times of economic downturn. He has never had to lay off an employee, nor cut one salary and currently offers the highest entry level pay for any business in the region.

Akers has thousands of followers of his weekly broadcast, “The American Innovator,” where he teaches about the power of innovation and lean thinking. He also shares his insights and observations, along with staggering photography/videography from his travels and adventures around the world.

In 2010, Akers ran for the U.S. Senate in Washington State on a lean platform of transforming government by empowering people. After the election, he has continued to work with various government agencies teaching them lean thinking and helping them create a lean culture in government organizations throughout the country. 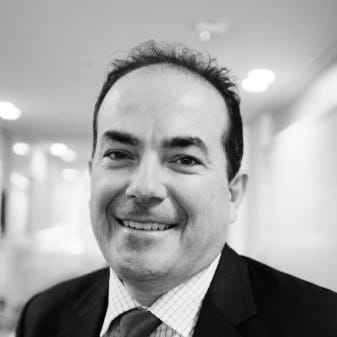 For 20 years Michael Schembri has been transforming IT and business service teams to deliver business value to their stakeholder(s).

Ten years ago he joined a small start-up and using Agile practices, they developed a new industry leading application suite in record time, in part as a result of the team’s success they were acquired by a Fuji Xerox subsidiary. As Michael became responsible for larger and larger technical service teams, he sought to scale Agile management/thinking/practice into these environments and began to discover gaps/challenges with using just Agile thinking particularly to manage large high transaction environments like Help or Service Desk environments…enter Lean thinking.

At Fuji Xerox Australia Michael’s focus now is transforming the service culture of the Information Services Division first and then championing Agile/Lean practices to the rest of the organisation. Michael also now serves as Chair for a mid-size NFP and has started to see great value from leveraging Agile and Lean practices in this organisation. Michael will share a very practical view of his experiences implementing Agile and Lean practices as ‘positive ghetto’ within a local division of a large, highly successful, global corporation. 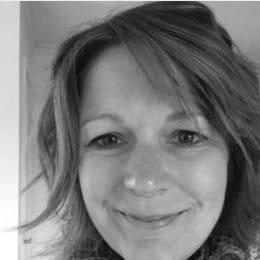 Jill has found her calling. Her True North is aligned to Magic Mobility’s: To empower people to push boundaries to experience a World (life) that’s not flat (physically and emotionally). She has dedicated the last 8 years to transforming Magic Mobility from a family business into a serious global player.

Magic Mobility designs wheelchairs that are uncompromising in delivering maximum lifestyle potential to those who choose them. From unique customization to Extreme off-road capability, their wheelchairs deliver independence and freedom. From humble beginnings as an apprentice in a wheelchair factory, Ashley Daff observed that all wheelchairs were made for indoor use and pathways. This jarred with his values and zest for life. With his maverick style, empathy and mechanical drive he decided to design wheelchairs for people: people with real lives and real needs. He tantalised clients into a world outdoors they could only aspire to. Magic Mobility began in 1994 and the company quickly grew from local sales to an export market. In 2010 it was time for a transformation from four “managers”, twenty “staff” and three site locations into a consolidated HQ from which it could be scaled. Jill joined Magic Mobility as GM following a Global Corporate career. The goal was simple: “De-Ash the business”. She created a shared language so that Magic could articulate who they serve and how. 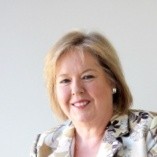 Louise Palmer is the Chief Experience Officer with Dental Health Services Victoria, and has significant senior and executive management experience in the tertiary education and health sectors. She has particular expertise in leadership and management, strategy and culture, learning and development, organisational design and innovation, stakeholder engagement and co-design.

In her current role, Louise is a change agent with responsibility for identifying and leading cultural and structural transformation initiatives.  This includes:

- partnering and collaborating with communities, consumers and employees to co-design the planning, implementation and evaluation of products and services. 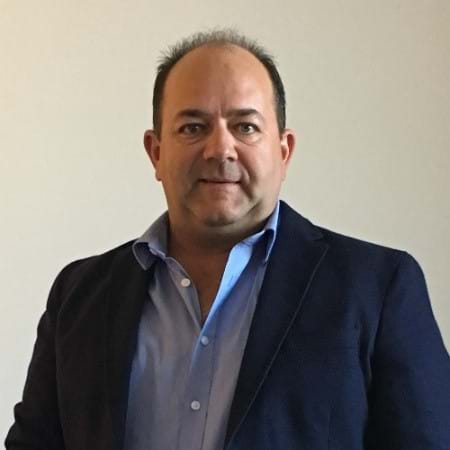 Simon’s interest in continuous improvement was sparked during his 21 year career with the RAAF. He completed his Master of Business Administration whilst he was part of the Air Force Improvement Team, before joining Rio Tinto as the Lean Improvement Specialist in the coal division. He consulted to Chevron and Conoco Phillips whilst being part of the Canadian based RLG International, before joining Darwalla as the Business Improvement Manager in 2017. 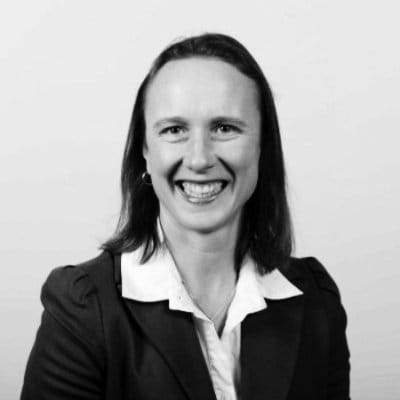 Annette Sando is the Head of Supply Chain at Australian Red Cross Blood Service. She is an accomplished financially astute supply chain professional with excellent communication, change management and team building skills. Highly motivated and results driven - Annette is always keen to educate and set ' the vision' then support and drive the team to deliver out performance. Her love of supply chain and determination deliver the best performance possible.

She is a strong believer in the power of strong internal relationships and truly engaging with key customers and suppliers.  She believes people are your greatest asset. "I make sure I have the right people motivated to look for innovative solutions to drive effective and efficient processes supported by the right integrated systems and tools. The result? A great team deriving great fun and enjoyment in delivering a supply chain function that is lean, agile, competitive and resilient."

Jon Retford has been general manager of the distribution business unit of Wilson Transformer Company since 1999. He is the past president of the Hume Lean Network and was the industry representative to the Victorian Government’s advisory committee on workforce development.

Wilson Transformer Company has been manufacturing transformers in Australia since 1933. It has two plants in Victoria, employing 500 Australians. Its products help provide reliable electricity supply in networks across Australia and beyond. It was the first Australian company to be approved as a global supplier to Chevron. The company's awards include The Victorian Government Award for Best Business in Regional Victoria, Excellence in Manufacturing, Most Outstanding Business and Employer of Choice.

Hear how Wilson Transformer Company faced competition from low labor cost countries and how it investigated having them as a partner rather than competitor. 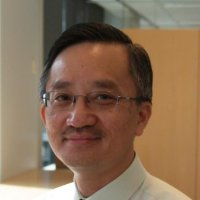 Ronald will cover his experience implementing numerous highly successful 5S programs during his time at Qantas.

Qantas Engineering puts the 5S Lean methodology into practice at its BBM Operations with the goal of establishing a sustained 5S culture that focuses on process and productivity improvements; cost benefits; and safety by eliminating hazards.

The implementation of 5S Lean methodology at BBM is now the benchmark across all of Qantas Airways. The benefits are significant, with efficiency gains of 10% - 30%. Jessica Cole is the Financial Accountant at DSI Underground. She has been in this position for 6 years.  DSI Underground are global leaders for products and systems for the Tunnelling and Mining industries.  Jessica completed a Bachelor of Commerce with Financial Accounting major through Newcastle University and through a scholarship with Maastricht University in the Netherlands.  She was awarded an MBA with distinction (marketing major) through Newcastle University and completed a Graduate Certificate in Competitive Systems and Practices through Swinburne University.  Jessica was the finalist in the 2017 Hunter Manufacturing Rising Star Award.

DSI Underground is Australia’s largest manufacturer and supplier of specialist strata reinforcement and support products to the underground coal and metalliferous mining sectors.  While the tools of lean have continuously proven successful in manufacturing environments, Jessica, who has been part of the DSI family for 6 years and will take you through her journey of applying these to the accounting functions at DSI.  In particular, the month end reporting process is a key focus area and has delivered significant time savings, reducing the process from 5 days to 3 days, and freeing a resource to focus on other business activities.  As the recent recipient of the 2017 Hunter Manufacturing Rising Star Award, Jessica will identify the key steps she followed through her journey and take you through the evolution of this process.

Lee has been associated with the Elphinstone Group of companies since 1994 when he joined Dale B Elphinstone Pty Ltd to focus on the development of electrical systems for a range of mobile underground mining equipment. As the Electrical & Electronics Manager he worked specifically in product development including projects like the automation of underground mining equipment. Between 2003 and 2007 he worked as a Vice President with Danish global wind energy leader Vestas Wind Systems, with responsibility for facilities in Australia, India and Europe. In 2007 Lee established a start-up business, Southern Prospect Pty Ltd, together with Dale Elphinstone. The business designs and manufactures portable power generation equipment, provides project solutions to major utility customers like Hydro Tasmania and TasWater and is a key supplier of electrical systems to Caterpillar’s global manufacturing and parts distribution system. The operations of Southern Prospect became a part of Elphinstone Pty Ltd in April 2017. 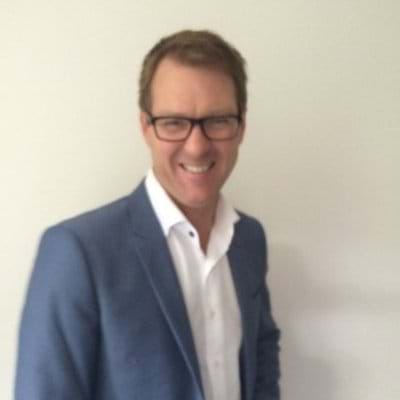