AME Australia is a membership association that facilitates connections, collaboration and learning in the operational excellence space.

All AME learning events are aligned to the AME Lean Sensei, a powerful Members only tool to help your organisation identify potential areas of focus and improvement.

The latest AME Lean Sensei® will connect you to articles, videos and other training materials that are personalised to help you and your organisation make improvements in the areas of need identified by your AME Lean Sensei® assessment. 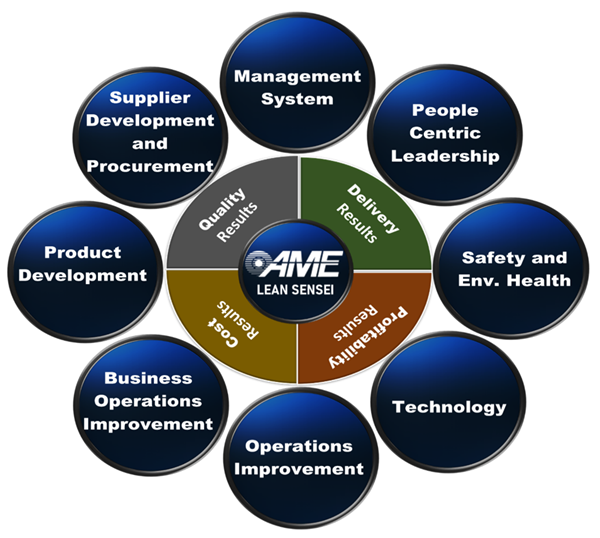 To provide individuals and organisations with a practical and reliable source of operational excellence and continuous improvement learning.

To be recognised as the leading association for operational excellence.

To inspire a commitment to operational excellence through experiential learning by bringing people together to share, learn and grow.

The Association for Manufacturing Excellence (AME) was founded in 1985. It is an international, not-for-profit organisation based in North America. The AME is dedicated to cultivating, analyzing, and exchanging productivity methods and their successful application in the pursuit of operational excellence.

The AME (Australia) was formed in 1999 due to a presentation Jim Watkins delivered during a ‘Manufacturing Best Practices’ course facilitated by the Centre for Manufacturing in Melbourne, Victoria. After meeting with a number of interested participants after the presentation, Jim mentioned the AME and the excellent work they were currently doing in North America. Having recently attended a number of North American AME conferences, Jim was very aware of the value of such an organisation and, consequently, was very keen to develop a local affiliate in Australia.

After this initial meeting with the people soon to become foundation members of the AME’s Australian chapter, letters of support were sought and received from several local manufacturers. Due mainly to Jim Watkins’ reputation and extensive contacts, other interested people soon joined the fledgling project.

Eventually, a steering committee was formed thanks to the hard work of everyone involved and the support of the then Victorian State Government Office for manufacturing. The AME (Australia) began to develop and grow into the organisation it is now.

Today, the AME (Australia) is essential locally and internationally, a fact that can be demonstrated by AME (Australia) hosting the first international conference to be held outside of North America. The first conference was held in Melbourne in May 2004, remarkably only five years after Jim's idea for an Australian branch was floated. 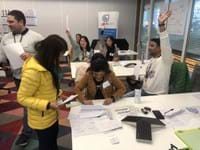 "The learning by doing was great. It broke up the parts where there is just sitting and learning whilst allowing the knowledge to be put into practise."